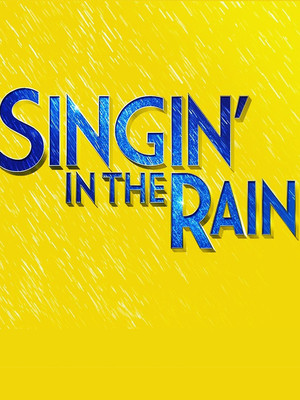 Singin' In The Rain

A night of sheer delight!

Why See Singin' In The Rain?

Following its return to London, Singin' in the Rain is hitting the road and traveling across the UK! Based on the classic Metro-Golden-Mayer (MGM) film, which starred Gene Kelly, Singin' In The Rain transferred to the West End's Palace Theatre back in 2012 where it racked up an amazing four Olivier Award nominations.

The production's original director, Jonathan Church, and its choreographer Andrew Wright will be reunited on bringing this musical back to life. Featuring the MGM classics, "Good Morning'", "Make Em Laugh" and the iconic "Singin' In The Rain", as well as the breath-taking 'splashing puddles' dance sequence, this brand new run is sure to delight audiences once agai.

What is Singin' In The Rain about?

Singin' in the Rain is a wonderful trip through the glamorous golden age of Hollywood. As the story begins, the movie business is transitioning to the new reality of the 'talkies', and finding out that some of their previously bankable stars don't have the most harmonious voices. The plot follows the blossoming romance between leading man Don and the jobbing actress who's hired to dub over his on-screen partner's lines.

G. Herbert: “A Vibrant Show That Dazzles And Thrills”

I needed this joy, this exuberance, this unadulterated shot of adrenaline... more

Oh my! Booked for Kevin clifton, yet wow! The whole cast was fab and Faye... more

Sound good to you? Share this page on social media and let your friends know about Singin' In The Rain at Liverpool Empire Theatre.